Remembering Keith Young and the Brotherhood

Ring Ring Ring! I see that it’s Neville, my Jamaican friend, on the phone. “What’s up man?’ I answer. Sometimes I answer with the Jamaican Creole version, “Waaagwan?”

“I don’t know if you heard that Keith Young passed away. Babsy (my sister) told Denny that it was announced in church last Sunday." Church is the St. James Parish Church that we all attended when we were teenagers growing up in Montego Bay, Jamaica. “Denny called to tell me.”

“No, I hadn’t heard. You had told me some time ago that he was living in Victoria on Vancouver Island. I guess it was to be expected. Keith is no spring-chicken, he was a few years older than us. I was in Victoria in the 90’s for a Farmers Market conference, but at the time I didn’t know he was living there.”

I’ll never forget the smile on the faces of the inmates as we sang to them.

Keith was our Leader in The Brotherhood of St. Andrew—a young men’s group convened under the aegis of the St. James Parish Church. Overall, it was an innocent time for us. We were mainly involved with sports, music, movies when we could find the fare, comics and schoolwork. We were not then surrounded by dangerous alternatives. Nonetheless, young men benefit from healthy associations and group activities. Brotherhood was one such alternative. We did not see it from this perspective, however. It was just something we did. We enjoyed being around other young men. When we met at Church Hall every Thursday evening, we played ping pong, dominoes and checkers.

“Remember how we used to go to the hospital to sing for the patients on Sunday afternoons?” I asked Mandy. “Dressed up in our white suits.” We also used to go up to the alms house at Albion. It was quite a walk. I’ll never forget the smile on the faces of the inmates as we sang to them. And at Christmastime we used to all load into a lighter (a boat) and be paddled out past the hotels singing carols. This was early in the morning before daylight. It was quite an experience. “You were probably not involved in this activity because you had probably gone to the country for the holidays.”

“Yes” I replied. “I usually went home for the holidays, so I missed that experience.”

I now know much more about The Brotherhood of St. Andrew than when I was a member courtesy of Wikipedia. According to Wikipedia, “The Brotherhood of St. Andrew is an international lay Christian organization with historical roots in the Episcopal Church in the United States of America…. The Brotherhood was first organized on St Andrew’s Day, November 30, 1883.” I had assumed that it originated in England since our Anglican Church traditions came from England, the “Mother Country.” The objectives of the organization were prayer, Bible study and community service.

By 1887, according to the Wikipedia entry, “the Brotherhood had 115 chapters and a total membership of more than two thousand men and boys…. By 1906, the BSA had grown to about 17,000 young men and boys in more than 1200 brotherhoods. An Act of Congress incorporated the Brotherhood in 1908.”

Keith was from a prominent Chinese-Jamaican family. His brother, Lloyd, had been a well-known athlete and owned the only gymnasium in Montego Bay. To say he was “buff” is an understatement. He was huge. He trained many body-builders some of whom became champions. Hoping to become another Charles Atlas, transforming myself from a 97-pound weakling into a well-muscled specimen who could walk the beach with confidence, I trained at Lloyd’s gym for about a year until I left Mobay in 1957.
Keith was not tall, maybe 5’6’’ or so. He had thin delicate features. He had the countenance of a priest or what one imagines a priest should have. He was kind, and to be around a gaggle of teenage-boys week after week, he had to have had a lot of patience. In his cassock and surplice, he used to march before Archdeacon Fox carrying the cross. Babs, my sister, informed me that the name for this function is “crucifer.” He was a crucifer. 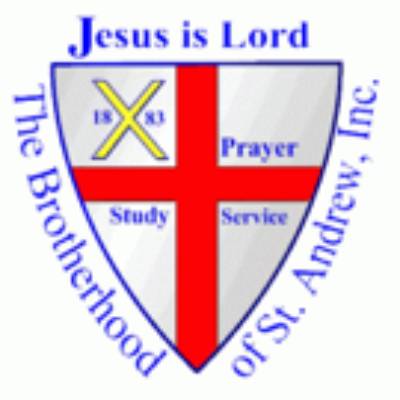 I don’t know if Keith ever went to Divinity School to become an ordained priest, but he would have made a good priest. I lost touch when I left Mo Bay in 1957 and left Jamaica in 1961. Someday, if I ever get back to Victoria, I would like to reach out to people who knew him to find out about his later career and life. He affected our lives in a positive way as we emerged from our childhood cocoons into adulthood.

In an update on the current activities of The Brotherhood, Jim Goodson shares that the 4,192 members in 357 US chapters are involved in a myriad of service activities such as building and operating a medical mission ship and sponsoring homes for women and children-in-need. “Brothers are quick to respond with both manpower and money during national emergencies, such as Hurricane Sandy in 2012 and during the deadly year of 2013 when an explosion devastated the town of West, Texas, a tornado  eveled Moore, Oklahoma and a tsunami struck northern Japan.” Wow!

I had no idea that Brotherhood not only endures but continues to engage in acts of service to fellowmen in need. I learnt compassion and caring from our parents, particularly our mother. But at an age when young men can become callous, indifferent or self-indulgent, Brotherhood kept us focused on our duty to others and kept us practicing small acts of service. These influences still determine my attitudes and actions and I have tried to pass them on to my own offspring. I realize now that compassion and caring are the basis of community and, on a more macro-level, civilization. April 18, 2019.